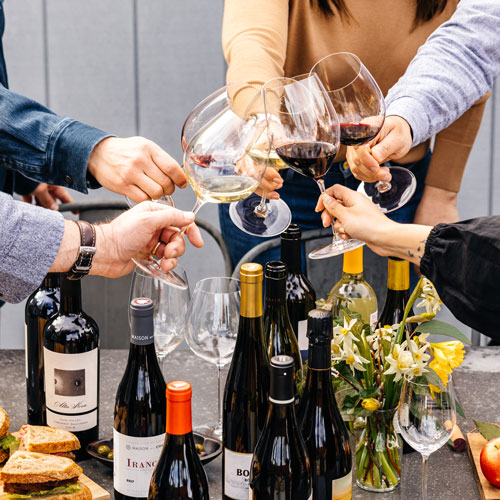 Scale Wine Group represents a curated portfolio of domestic and imported boutique wine brands to increase their visibility in national and international markets. 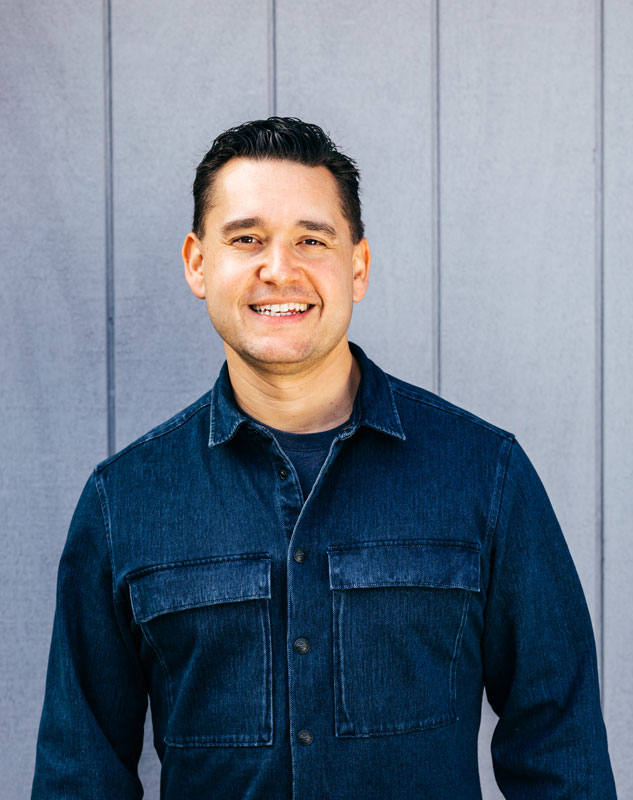 Desmond “Des” Echavarrie founded Scale Wine Group in 2016 with a vision to represent a portfolio of small, dynamic wine producers on a national scale. Des and his team are responsible for the promotion and wholesale sales of over 20 boutique wine brands across the United States and abroad.

Before starting Scale Wine Group, Des was the director of sales for Realm Cellars, where he managed the wholesale and direct sales channels for the highly sought-after Napa Icon. Prior to Realm, Des was a senior wine advisor at Soutirage helping clients build some of the world’s greatest wine collections.

Earlier in his career he served as a sommelier at Thomas Keller’s The French Laundry in Yountville, Calif. During his tenure at the restaurant, Des achieved the title of Master Sommelier from the Court of Master Sommeliers in 2012.

Originally from Arizona, his career began at The Phoenician Resort in Scottsdale under the mentorship of Greg Tresner, MS and continued in Las Vegas where he worked as a sommelier in some of the city’s most-respected restaurants and hotels, such as The Bellagio Resort and the Wynn Las Vegas.

While his duties at Scale have grown with the company, his role as husband to Genevieve Echavarrie and father to Eloise are still the most rewarding. 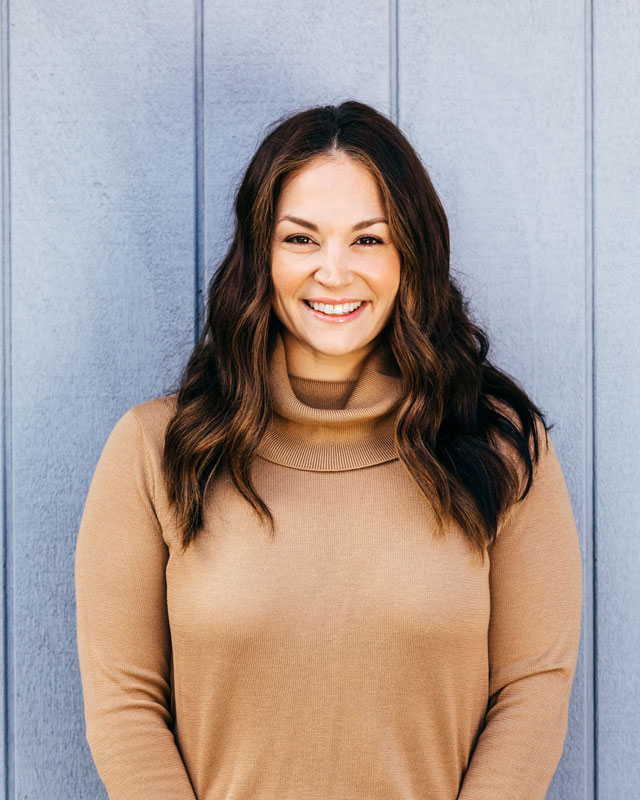 Kelly’s contribution to Scale cannot be overstated. As COO, she is responsible for helping build momentum for our wines while paying great attention to every detail of our business. Her diligent acumen and infectious conviviality allow Scale to operate at a very high level.

Coming from a long line of hospitality professionals, Kelly started her career in high school working at the Lakes Country Club in Palm Desert where her father was then managing. Her love of guest service and club management led her to study Hotel Administration at UNLV. During college Kelly helped manage Spanish Trail Country Club and The Stirling Club in Las Vegas. In 2009 she assumed a prestigious post as the Assistant Clubhouse Manager for the University Club of Chicago. Kelly now lives in Napa with her husband Ryan, a local restaurateur, and their son Lincoln. 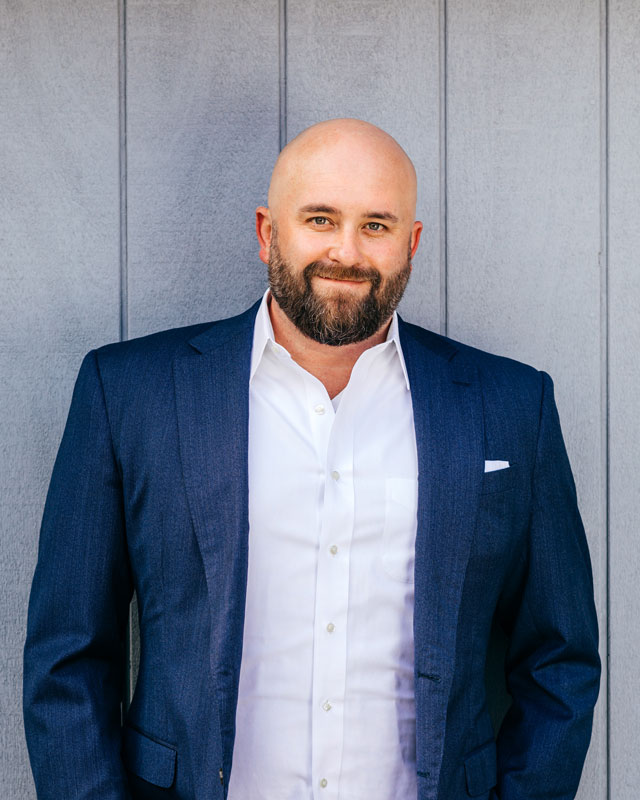 In his role as Vice President at Scale Wine Group, Will brings more than a decade of national sales experience and a proven track record for giving a voice to family-owned wineries from Napa and Sonoma. He excels at building the right relationships with distributors and accounts to promote small, dynamic brands through restaurant and retail placements.

Having held various positions in the wine and hospitality field since high school, William has developed an incredible passion for telling the story of what makes the wines he shares unique. As the national sales manager for Barnett Vineyards for six years before joining Scale, William built and managed wholesale partnerships that resulted in Barnett doubling their sales in several key markets. He successfully launched new markets for the brand while strengthening existing distributor partnerships building a network of exceptional wholesale representation.

His career in the wine world began with Trefethen Family Vineyards, where he hosted guest tastings, focused on direct to consumer wine sales, hospitality and events. Following several years with the Trefethen family, William transitioned to Astrale e Terra, a small winery in the Atlas Peak AVA. A native Californian, William graduated from Pacific Union College in Angwin, Calif. with a Bachelor of Science in Business Administration—Management.

Joshua Stanko joins the Scale Wine Group team with over twenty years of hospitality experience, and it’s the combination of warmth, graciousness, and wine expertise that makes him the perfect person to represent Scale brands on the East Coast. As a Regional Sales Manager, Josh works with our distributors to tell the story of each brand, cultivating the best restaurant and retail placements for our wines.

Josh discovered his love of wine through his work in restaurants which began at age 16. A Pennsylvania native, He moved to New York with a musical theater degree and a plan to work on Broadway. Working as a sommelier at Becco in the theater district’s Restaurant Row he realized his leading role was in the wine world. Josh spent the last 15 years as sommelier at Del Frisco’s Double Eagle in Manhattan, home to a 2600+ selection wine list that received Wine Spectator’s Grand Award from 2017-2020. At Del Frisco’s, he got involved with the Court of Master Sommeliers program and became an Advanced Sommelier in 2017. He is currently studying for the Master Sommelier exam and enjoying his most important role as a new father.

Josh lives in Brooklyn, New York with his wife Joyce and their newborn son Miles. 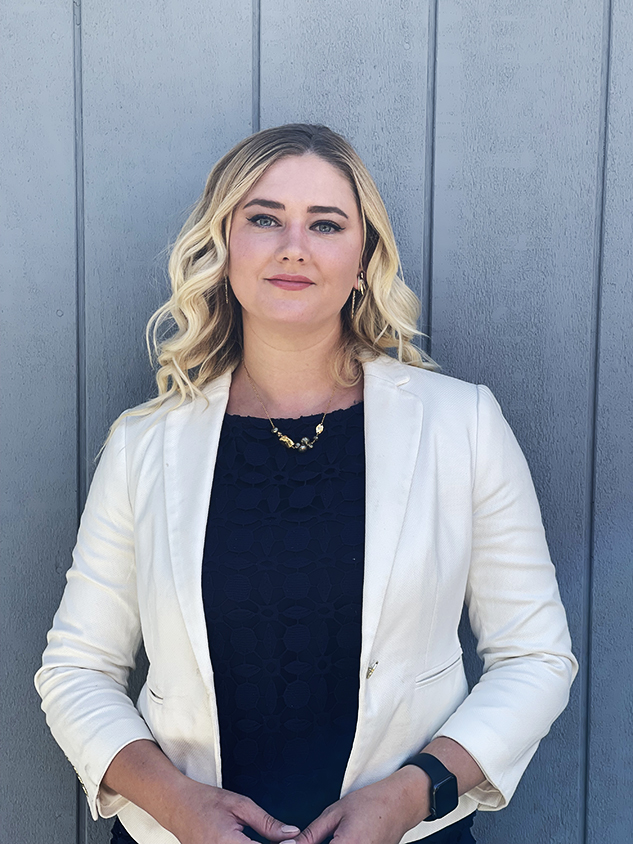 Caitlyn’s role as Sales Manager for Scale Wine Group merges her love of hospitality and inclination for all details and logistics. The many hats of her role include Caitlyn supporting all sales and operations and assisting clients and distributors with questions and logistics. She is the one holding down the fort when the rest of the sales team is out sharing our wines in market.

Caitlyn’s entrance into the wine industry was a delightful surprise. Having moved to San Francisco from Albuquerque in 2008 to pursue a career in Fashion Design, she began working in restaurants to pay the bills and ended up in Napa Valley in 2010. Her passion for wine was sparked while she attended Napa College and worked at Michelin-starred restaurant Ubuntu. Picking up extra shifts in the Ubuntu wine shop, she discovered the world of fine wine.

She brings over a decade of winery experience to the team at Scale, having managed the hospitality experiences at prestigious Napa Valley wineries, from Robert Biale Vineyards to Apriori Cellar, Outland, Davis Estates and, most recently, Modus Operandi Cellars. Caitlyn resides in Napa with her partner Travis and dog Watson (@the.real.dogtor.watson on IG) and loves yoga, gardening, and water-color painting, sometimes simultaneously on her days off.